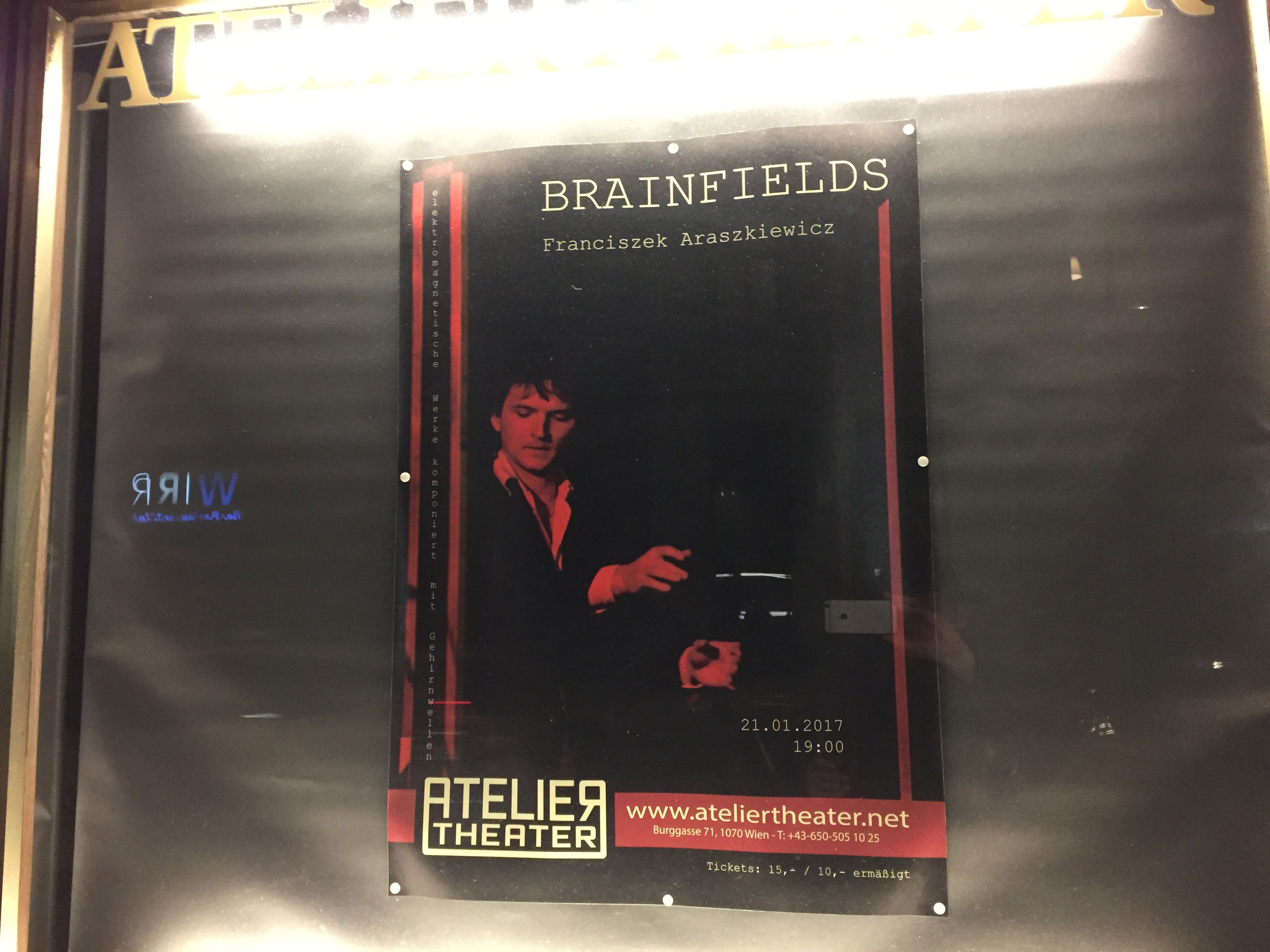 The Brainfields is a performance by polish composer Franciszek Araszkiewicz. It includes compositions for electronics governed by real-time scanning of the activity of performer’s brainwaves, as well as converting electromagnetic fields into sounds. Therefore, the act may be considered as exploration and „sonification” of the layers of reality, which normally are impossible to by experienced sensually. The technique has been used in various compositions including Matchpoint (with Horst Konietzny, Munich 2015), Double Brain for networked brainwaves (with Marek Chołoniewski, 2015-2016), The Overlook for organ and brainwaves (Cracow 2016) and Study Of Brainfields (Warsaw, Vienna, Graz 2016). The performance will be preceded with a short presentation showing the interaction between the activity of brain (including concentration, relaxation and eye movements) and the occurring sound phenomena.